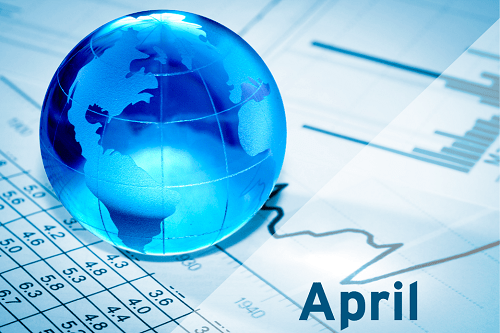 P as in Patience, Not Panic

Fourth quarter GDP growth was revised downward from 2.60% to 2.20%, yet persistently tight labor market conditions continue to exhibit the U.S. economy’s resilience in the face of slowing global growth and geopolitical uncertainties. The unemployment rate remains low at 3.80%, consistent with the downward drift in initial jobless claims that reported its lowest level since 1969 in the week ended March 30, 2019.

The markets continue to keep a close eye on developments pertaining to trade negotiations and Brexit. President Trump recently addressed the public, asserting his confidence that a trade deal with China will be finalized within the next four to six weeks. Meanwhile, the minute hand of Big Ben continues to count down on the U.K. as Parliament continues to fail in finding a path forward for Brexit, elevating the risk of a no-deal exit and a general election. While the Eurozone economy has been slowing for several months, recent retail sales figures support solid fundamentals suggesting a 2019 Eurozone recession is far from imminent.

With respect to monetary policy, the FOMC voted unanimously on March 20, 2019, to hold the Federal Funds Target Rate steady at 2.25% to 2.50%. Chairman Powell reiterated January’s dovish language that the Fed will remain “patient” amid “global economic financial developments and muted inflation pressures.” Fed Funds Futures imply markets are priced for a bit more than one cut in 2019; however, FOMC members remain distant from suggesting that a rate cut will be necessary by the close of this year.

Treasury yields continue to grind tighter as Fed officials reiterated their commitment to patience. Inversion of the yield curve may be the only recessionary signal of concern at present. March marked the first time since 2007 that yields on ten-year Treasury notes fell below those of three-month T-bills. Curve inversion would likely need to be sustained for some duration before the Fed shifts its stance on the current trajectory of monetary policy.