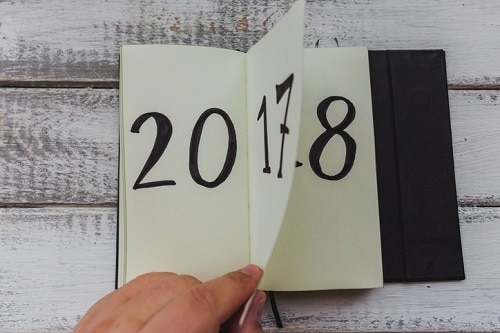 Following last week’s meeting, the FOMC released an updated dot plot forecasting additional interest rate increases in 2018 and 2019 as well as its economic assessment of growth, employment, and inflation. The Federal Reserve is forecasting three more increases in the Fed Funds target rate for 2018 followed by two additional increases in 2019. But once again, the market is discounting the likelihood that the FOMC will make good on its forecast. The Fed Funds futures market does not see another increase in the target rate until June of 2018 and predicts, at most, two hikes by the FOMC next year.

The FOMC increased its forecast for the rate of growth in 2018 up to 2.5 percent from 2.1 percent previously. It is also forecasting lower unemployment at 3.9 percent for 2018 and 2019 versus its prior forecast of 4.1 percent. The forecast for inflation remains below the Fed’s target of 2.0 percent for the foreseeable future; however, the Fed believes inflation will move closer to its target over the medium term.

Texas CLASS is anticipating increasing rates in 2018 and 2019 based on comments from members of the FOMC as well as the Committee itself. Jerome Powell is expected to be the next FOMC Chair as Janet Yellen’s term will expire in February 2018, and she was not reappointed. The future level of interest rates will be dependent on many variables including economic activity, fiscal policy, and unforeseen geopolitical events.

All comments and discussions presented are purely based on opinion and assumptions, not fact. These assumptions may or may not be true based on foreseen and unforeseen events. The information presented should not be used in making any investment decisions. This material is not a recommendation to buy, sell, implement, or change any securities or investment strategy, function, or process. Any financial and/or investment decision should be made only after considerable research, consideration, and involvement with an experienced profession engaged for the specific purpose. Past performance is not an indication of future performance. Any financial and/or investment decision may incur losses.