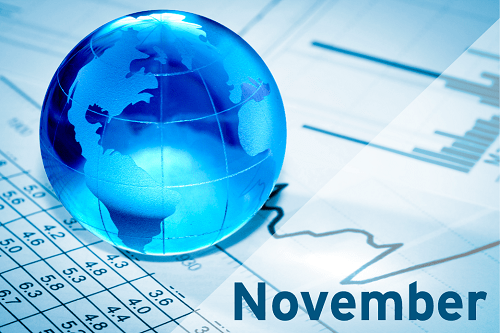 As was widely expected, the Federal Reserve delivered its third consecutive 25 basis point rate cut at the October 30 FOMC meeting. The Fed noted “the implications of global growth developments for the economic outlook as well as muted inflation pressures” as justifications for the decision. Looking ahead, however, the trajectory of future interest rate policy appears less certain as domestic economic activity, while slowing, remains resilient and continues to expand at a roughly 2% annualized rate.

The Fed’s decision has generally been characterized as a “hawkish rate cut” by market participants as comments made by Fed Chair Jay Powell at the post-meeting press conference appeared to confirm growing expectations that the Fed would pause its rate-cutting campaign barring further deterioration in economic activity. During the press conference, Fed Chair Jay Powell characterized the current stance of monetary policy as “in a good place,” “sufficient to support the economy,” and “appropriate.” He continued by stating that a “material reassessment” of their outlook would be required for the Fed to act again soon. That certainly sounds like a Fed on hold, at least for now.