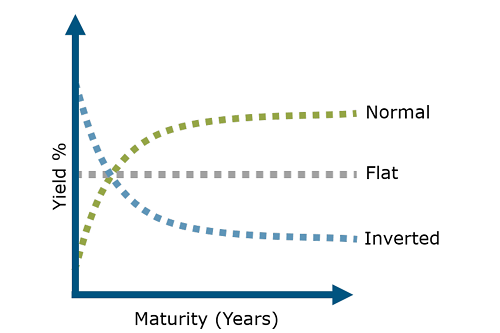 What the Shape of the U.S. Treasury Yield Curve Suggests About Economic Expectations 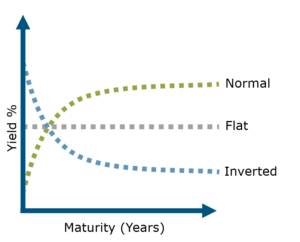 The yield curve for U.S. Treasuries (yield curve) refers to the relationship between the yield on short-term U.S. Treasury bills and progressively longer-term Treasury notes and bonds. In general, Treasury bills are issued with terms to maturity of one year or less. By contrast, Treasury notes and bonds are issued with longer terms to maturity of between 2- and 10-years and 10- and 30-years, respectively. The shape of the yield curve refers to the relative difference, or “spread,” between longer-term and shorter-term yields. While the shape of the yield curve is constantly evolving in response to a myriad of factors, there are three commonly referenced yield curve formations: normal, flat, and inverted. 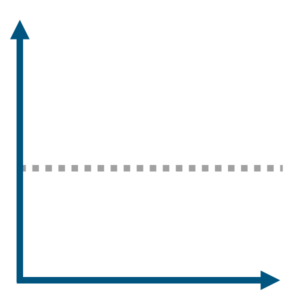 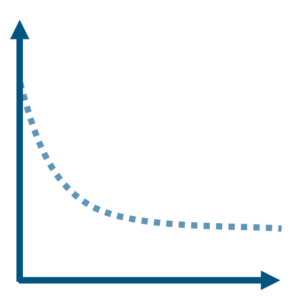 The persistent flattening trend of the current U.S. Treasury yield curve has been the subject of much discussion amongst economists and market participants. Recently the spread between 2- and 10-year Treasury yields has fallen to its lowest level in over a decade.

Data unaudited. Many factors affect performance including changes in market conditions and interest rates and in response to other economic, political, or financial developments. Investment involves risk including the possible loss of principal. No assurance can be given that the performance objectives of a given strategy will be achieved. All comments and discussions presented are purely based on opinion and assumptions, not fact. These assumptions may or may not be correct based on foreseen and unforeseen events. The information presented should not be used in making any investment decisions. This material is not a recommendation to buy, sell, implement, or change any securities or investment strategy, function, or process. Any financial and/or investment decision should be made only after considerable research, consideration, and involvement with an experienced professional engaged for the specific purpose. Past performance is no guarantee of future results. Any financial and/or investment decision may incur losses.